From the grass runway to the modern airport

Aviation has been an issue in Munich since 1920. The first aircraft took off and landed on grass runways in Oberwiesenfeld. However, it quickly became clear that this airfield would not meet the requirements of modern aviation in the long term.

A modern airport was thus built in Riem, which was badly damaged by the war years, but was quickly renovated after the end of the war. By the end of the 1960s, the modernized Munich Airport had grown to meet the requirements of Munich air traffic.

The 1972 Summer Olympics and the increasing demand for package tours gave an indication that the airport in Riem would be too small. Initially, plans were developed to further expand the airport in Riem. The so-called Oechsle Commission quickly came to the conclusion that Riem will not have a future, instead a new major airport outside of Munich is to be planned. For Riem, this meant that the time until the completion of Munich's new major airport was compensated for in the coming years with hastily implemented "bridging measures", while at the same time the demand for flight capacities increased dramatically. So, until the very end, the Riemer Airport had to be held together with patchwork, until it could finally be “redeemed” in 1992.

Although the new Munich Airport in Erdinger Moos has already been generously planned, but had to be castrated due to public petitions (e.g. only 2 runways instead of 4), development has not stood still there for years. An airport never stands still!

Objects of the Munich-Riem airport 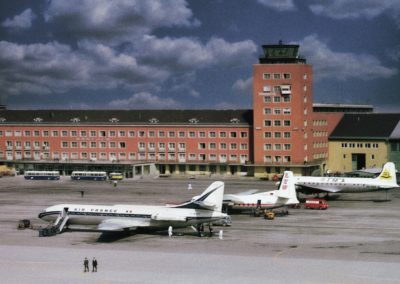 The tower at the old Munich Airport in Riem 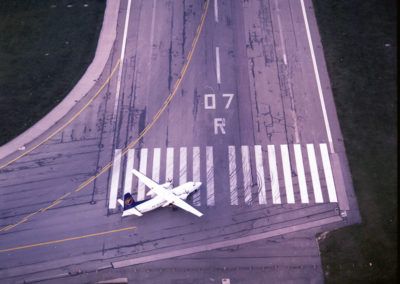