The eight-story tower of Munich-Riem Airport, now 35 meters high, was opened in 1939 and was responsible for all flight movements at Munich Airport until 1992. In the control tower in Riem, the surrounding airspace as well as the movements on the runway were observed for over 53 years and the taxiing, taking off and landing aircraft were coordinated by the tower controllers - from here around 4 million take-off and landing permits at Munich Airport were Riem granted. 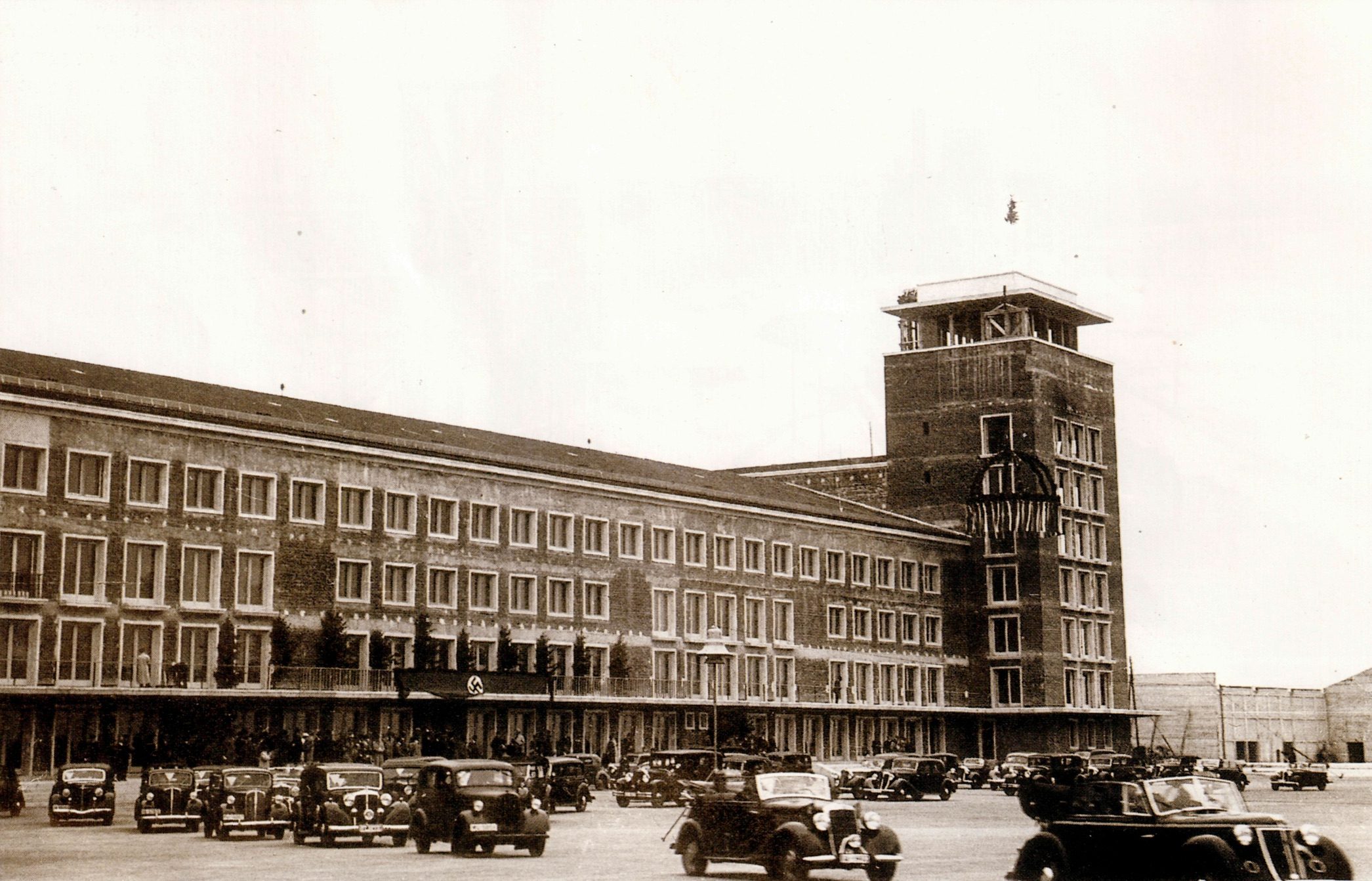 Opening of the airport tower

Together with Munich-Riem Airport, the tower went into operation for civil air traffic on October 25, 1939.

Incidentally, at that time the tower did not yet have the “bird's nest”, which is the striking glass pulpit on the roof of the tower today.

Due to the simultaneous beginning of the Second World War, the tower in Munich-Riem was no longer reserved for civil aviation alone. At the same time, Munich Airport was also used as a base for the Air Force.

On March 24, 1945 around 80 Allied aircraft flew to the airport area for bombing.

Between April 9 and May 1, 1945, further air raids followed, in which the airport was destroyed by a total of around 70%. On April 9, 1945, civilian flight operations had to be stopped.

The control tower was also badly damaged in the attacks. In the following 4 years the airport was hastily rebuilt.

The tower was modernized in the mid-1950s - in preparation for the jet age and then received the glass dome that is still recognizable today - the "bird's nest" on the roof of the tower. 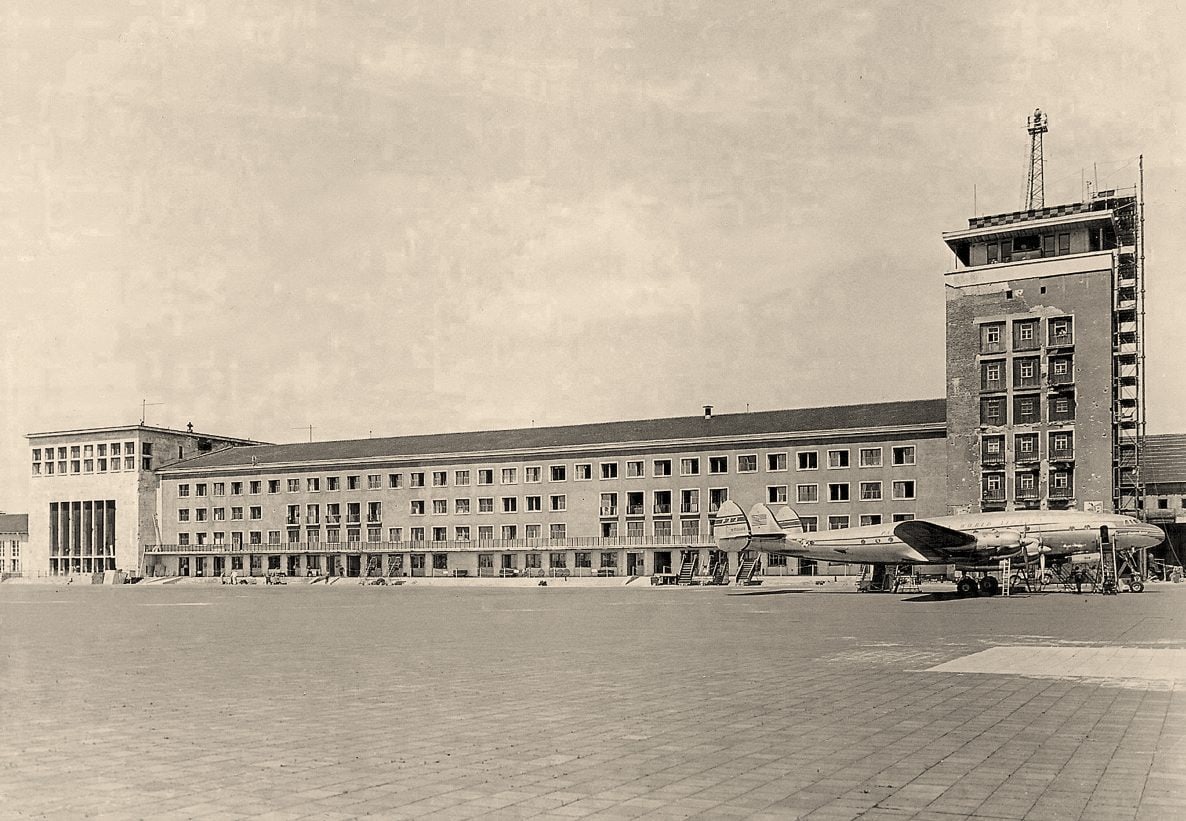 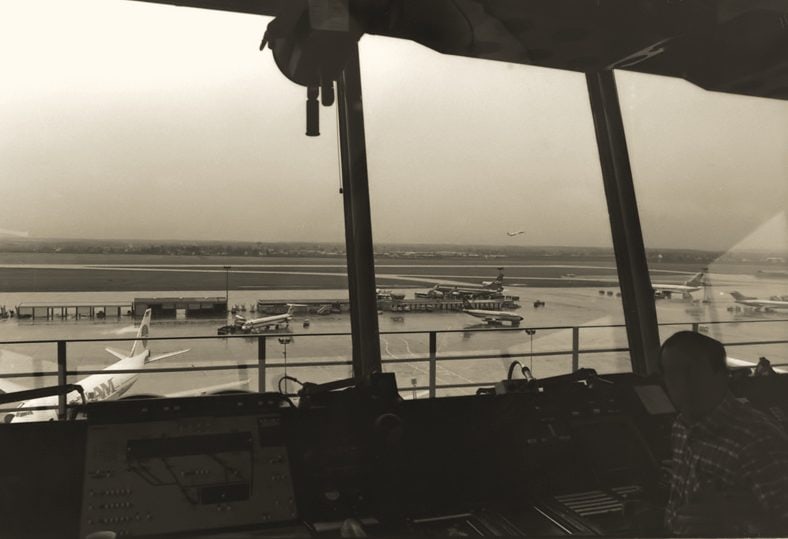 On May 16, 1992 at around 11 p.m. in the Riem Tower, the airfield lighting at Riem Airport was extinguished forever.

The Munich-Riem Airport was history - the 53-year-old tower had undergone some modernizations and done its real job, the tower was included File number D-1-62-000-7807 under monument protection posed.

Before the transition from the old airport to the renovation of the "New Munich Trade Fair Center", the tower was still used for events for some time.

Over time, it always seemed out of place, and at times the building even served as a background for a chip shop. Nobody really knew what was going to happen to the tower ...

In 1995 the option to sell was offered for the first time, but negotiations failed because of the usage conditions.

In 2001 the idea came up to convert the former control tower into a police station for the trade fair city, but these plans were discarded - although the control tower would give a very good overall view of the trade fair center - it is one of the tallest buildings at the New Trade Fair Munich.

After this decision, the city of Munich continued to try to sell the former airport tower in Riem, including the associated floor space of around 13,000 m2, for 12.5 million euros. Last time in 2009.

The former control tower should have been converted into a hotel for the Messestadt Riem. However, the investor apparently came to the decision that a hotel for the desired target group did not want to stay overnight in the immediate vicinity of the trade fair, so the deal with the city of Munich fell through towards the end of 2010.

Until 2014, the tower of the former Riem airport stood unused in the new trade fair town of Riem. 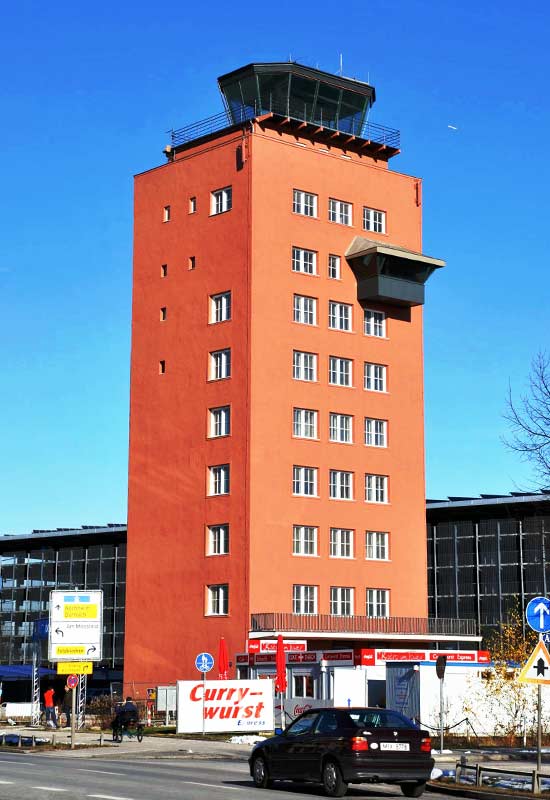 25 years after the airport was closed: the tower is used again

The Munich project developer WÖHR + BAUER had already acquired the rights to the property from the City of Munich by contract in November 2013.

On March 6, 2014, an agreement was reached for the 1.3 hectare area around the former airport tower.

That Medical technology company Brainlab from Feldkirchen, moved into the area around the former control tower in 2017. A five-storey office and production complex with a glass front was built on the property - the “Brainlab Tower” stands out as the top of the building, benevolently integrated. The construction costs were estimated at around 50 million euros. The lease between Brainlab and WÖHR + BAUER was provisionally set for 15 years.

As part of the new building, the old control tower was completely restored - the airport tower became the Brainlab Tower.

The tower - which is now also marketed as "The Brainlab Tower", can now also be rented as an exclusive event location. The quota for the rental is limited to a maximum of 30 days per year. Interested parties can contact https://www.the-brainlab-tower.com/ inform about the Brainlab Tower.