The relocation of civil air traffic from Oberwiesenfeld Airport to the new Munich-Riem Airport has been completed.

In 1936, a place south of Riem was chosen as the new location for Munich Airport. Construction began in 1937, the planning for the airport was carried out by the architect Ernst Sagebiel, who was also responsible for the Berlin Tempelhof, Dresden and Stuttgart airports.

Since the commissioning coincided with the outbreak of the Second World War on September 1, 1939, civil air traffic at one of the most modern airports in the world at the time could not begin until October 25, 1939 in Munich-Riem. These primarily included the now famous Berlin-Munich-Venice-Rome Alpine route and the Berlin-Stuttgart-Barcelona-Madrid-Lisbon route that ran via Munich in the last months of the war. 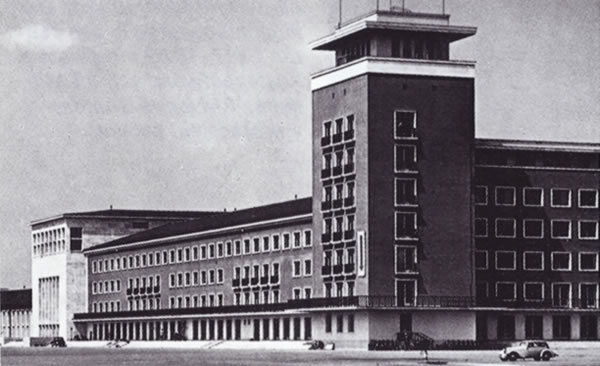 Munich Airport from the south-east