The first section from 1948, however, showed considerable surface damage almost 15 years after construction: cracks and breakouts at the joints, in sections the upper concrete ceiling was also hollow. Since 1965, renovations had been carried out on the only fixed Riemer runway 07R / 25L during the nightly breaks of around 2 to 3 hours in order to be able to maintain operational safety.

However, the extent of the damage increased rapidly and a general overhaul increasingly seemed to be the solution to the problem. A group of experts was convened, the report showed: The renovation should be carried out completely for the entire S / L Bahn. The group of experts recommended carrying out the general overhaul during a 3-week total closure of Munich Airport, as a complete nightly refurbishment seemed unsafe in terms of safety and ensuring flight operations at Munich Airport.

From August 11 to 31, 1969, Munich Riem Airport was therefore completely closed to air traffic. Many flights to Munich were moved to Nuremberg. Most of the daily average of 6,000 passengers were thus taken to and from Riem by bus shuttles.

Under the supervision of graduate engineer Rudi Pohlmann, around 400 workers worked on the 210,000 m² construction site - continuously in double shifts (12 hours each). Almost 900 tons of mix were produced and processed every hour in the 5 mixing plants. Ultimately, around 138,000 tons of building material were used for the new 2804-meter-long and 60-meter-wide runway at Riem Airport.

On September 1st, 1969 at around 0:05 am, the "Schwabing" landed one BAC One-Eleven (D-ANDY) from Bavaria Airline as the first machine after the general overhaul ”at Munich Airport.

In the east of the new Munich Trade Fair Center, there is still a remnant of the Riemer runway that was last renovated in 1969. This section was received for the BUGA 2005, or cut into a square (was previously a little longer). The remainder of the SLB is in the Riemer Park and can therefore only be reached on foot or by bike. 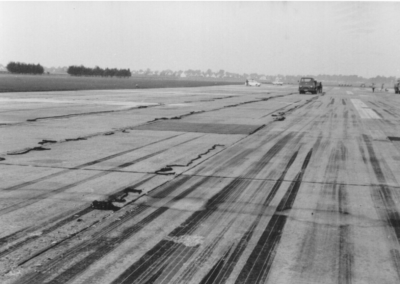 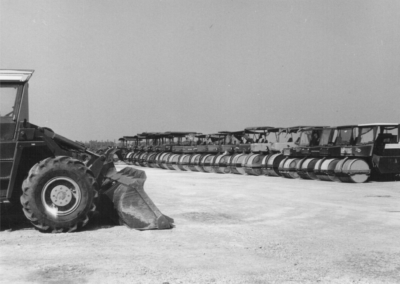 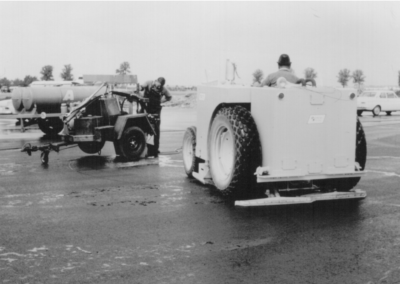 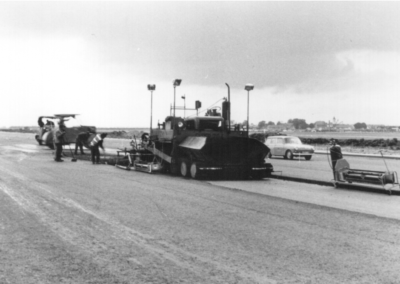 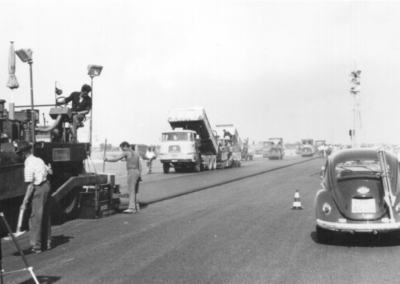 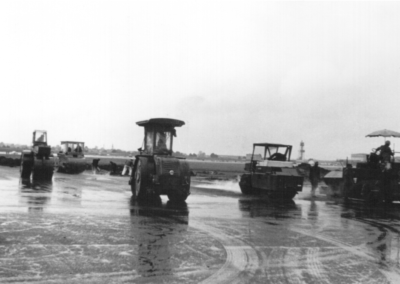 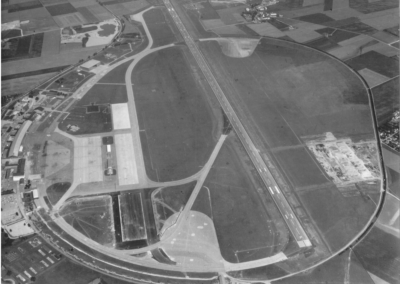 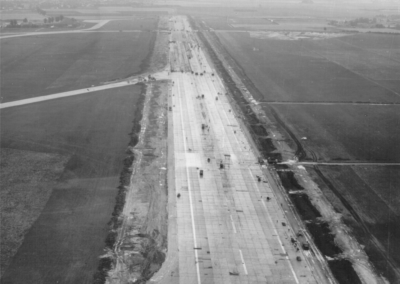 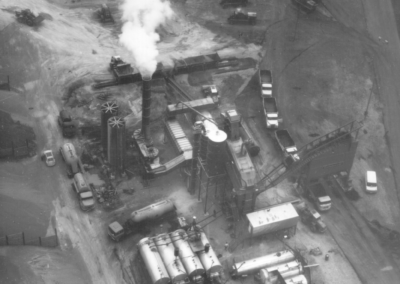 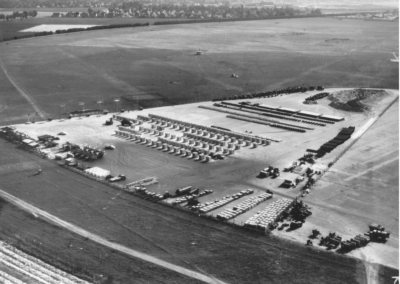 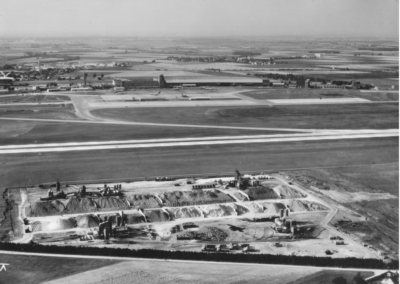 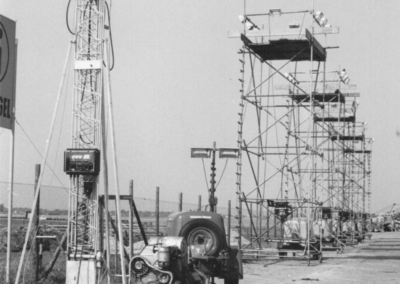 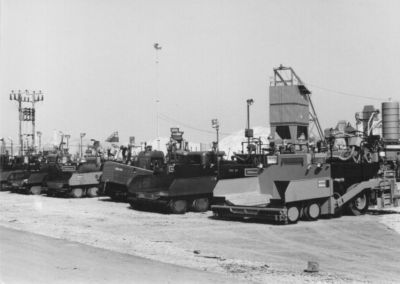 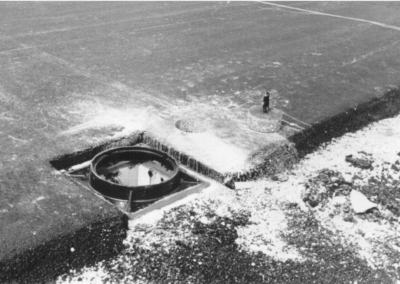 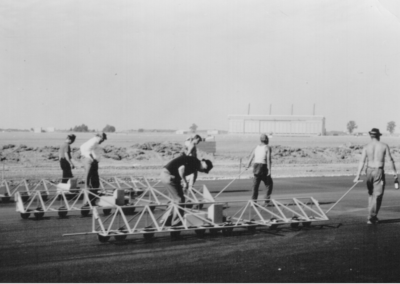 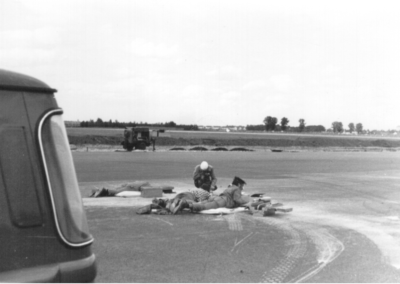 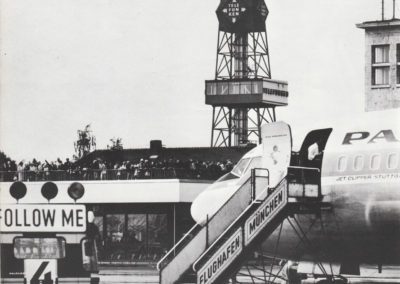 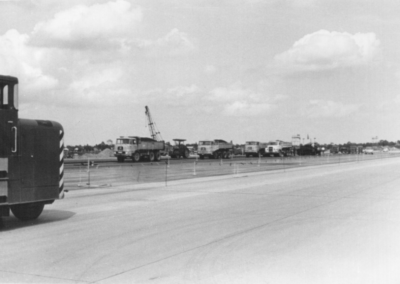 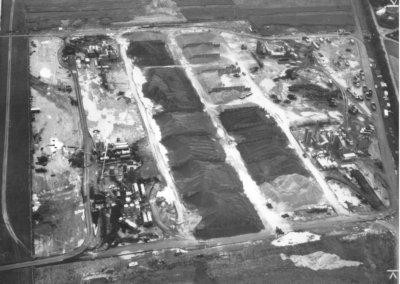 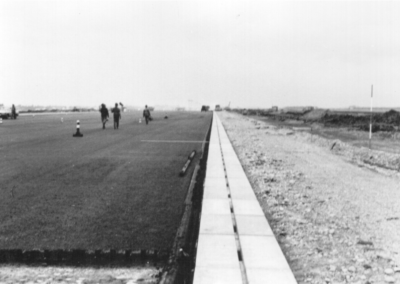 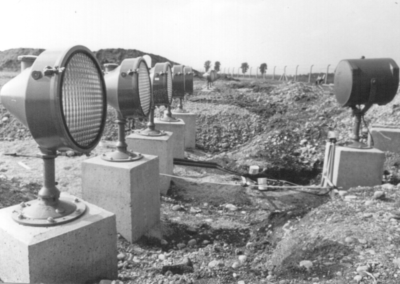 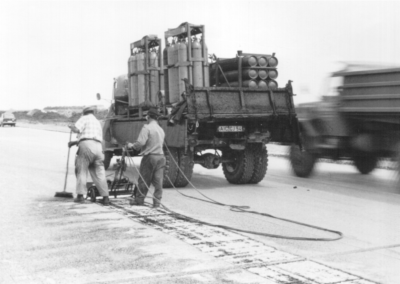